Austria’s Opportunity as a Gateway to the World

International speakers from the fields of railway transport, industry and politics are discussing the future of the global railway network at the International Railway Congress

Vienna (OTS) – The International Railway Congress 2019 in Vienna, which takes place between 18th and 19th March 2019, offers the platform for the largest such industry get-together. Delegates include top managers from the transport and logistics sectors and suppliers and clients with an interest in long-distance freight transport. The congress brings together stakeholders and creates a platform for discussing the major global railway network of the future.

The current multinational broad-gauge railway project is creating an environmentally-friendly global gateway for transporting goods from around the world. And the project offers not only sustainable benefits to the environment but also an economic boost to the entire Eurasia Region.

All these matters will be discussed with and in front of an international public that will include delegates from over 100 companies and more than 20 countries. Alongside representatives from many European countries the congress is also looking forward to welcoming delegations from Saudi Arabia, Russia, China and South Korea.

The Federal Ministry for Transport, Innovation and Technology already concluded a ‘Silk Road Agreement’ last April. According to General Secretary Andreas Reichhardt, “the New Silk Road opens up new opportunities for companies from the transport and infrastructure sectors and will create thousands of jobs. The project establishes an important axis between Western and Eastern Europe and the Far East on which Austria will play a central role.”

Dr. Harald Mahrer, President of the Austrian Federal Economic Chamber, sees the New Silk Road as a major opportunity for the country: “This is a once-in-a-century opportunity for Austria as an export location. And the project is also an important push factor for the entire infrastructure sector. I am delighted that the International Railway Congress 2019 is taking place in the Austrian Economic Chambers because this will enable us to underline our function as a hub in the face of international competition.”

The CEO of ÖBB Holding, Mag. Andreas Matthä, who will also take part in the congress, emphasises that “the New Silk Road is a huge opportunity for Europa and Asia. We not only believe in but are also already part of it. The ÖBB Rail Cargo Group is represented in 18 countries and, hence, a strong partner for European industry as it exports to Russia and China. It is extremely important for the New Silk Road that all partners are able to cooperate as equals and this is one of the reasons why the International Railway Congress is so important.”

As a contributing partner of the International Railway Congress, Oleg Belozerov, General Director – Chairman of the Board of JSC “Russian Railways”, emphasises that “one of the key trends of the last few years has been the steady growth in freight transportation across the entire Eurasian Region. I believe that differences in national standards and railway gauges should not become barriers to either a further increase in the capabilities of the East-West railway route or the creation of the cutting-edge transportation product demanded by customers. I am confident that the Congress will become an event that is particularly significant for all its partners and participants who are interested in qualitatively improving rail transit.”

Mag. Hubert Jeneral, former top manager in the automotive and energy industry and the initiator of the International Railway Congress, provides an outlook: “I predict a golden future for rail-based long-distance transport. Over the course of two days we will discuss the breaking down of geopolitical barriers, seek to encourage more efficient international freight and passenger transport and shed light on the growing role of digital technologies.”

Further information about the program can be found here: https://rail-congress.com 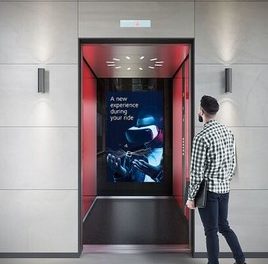