– Presentations from ETNA-AF programme on real-world use of edoxaban in regional and European-specific clinical practice include one-year follow-up of more than 12,500 AF patients in Europe

Clinical results from the ENTRUST-AF PCI study will be presented during a late-breaking science session at the congress. It is the first study to evaluate edoxaban in atrial fibrillation (AF) patients following a successful stent placement for acute coronary syndrome or stable coronary artery disease. ENTRUST-AF PCI was a multicentre, prospective, randomised, open-label, blinded-endpoint evaluation trial performed at 186 sites in 18 countries.1

In addition, five analyses from the global ETNA-AF programme describing the real-world use of oral, once-daily edoxaban in regional and European-specific routine clinical practice will be featured in poster sessions. These analyses will provide important clinical insights in patients with nonvalvular AF, including elderly patients, those with extremely low and high body weight, those with low-, intermediate- and high-risk for stroke and bleeding, and those with history of intracranial haemorrhage. The programme is comprised of more than 20,000 patients in Europe, East Asia and Japan followed for two years and nearly 14,000 patients from 10 European countries followed for four years.2-7

As part of the Edoxaban Clinical Research Programme, these studies add to the growing evidence of edoxaban use in a broad range of cardiovascular conditions, patient types and clinical settings.

Details of the edoxaban-related presentations are as follows:

EdoxabaN TReatment VersUS Vitamin K Antagonist in PaTients With Atrial Fibrillation Undergoing Percutaneous Coronary Intervention (ENTRUST-AF- PCI) is a prospective, multinational, multicenter, randomised, open-label with blinded endpoint evaluation phase 3b study. The ENTRUST-AF PCI trial was designed to evaluate the safety and accrue exploratory information on the efficacy of an edoxaban-based antithrombotic regimen compared to a VKA-based antithrombotic regimen in patients with AF following successful PCI with stent implantation. The primary objective of the ENTRUST-AF PCI trial was to compare the incidence of major or clinically relevant non-major International Society on Thrombosis and Haemostasis (ISTH)-defined bleeding over a 12-month period of an edoxaban-based antithrombotic regimen against a VKA-based regimen. 1,506 patients were enrolled in ENTRUST-AF PCI from 186 clinical sites across Europe and Asia. Participants were randomly allocated in a 1:1 ratio to a 12-month antithrombotic regimen of edoxaban and a P2Y12 inhibitor or to a standard therapy with a vitamin K antagonist (VKA) and P2Y12 inhibitor plus acetyl salicylic acid for one to 12 months.1

ETNA-AF (Edoxaban Treatment in routiNe clinical prActice in patients with nonvalvular Atrial Fibrillation) is a global programme that combines data from distinct non-interventional studies in Europe, East Asia, and Japan in a single database. A total of more than 28,000 patients will be included in the ETNA-AF registries and followed for two years (patients in Europe will be followed for four years). The primary objective of ETNA-AF is to collect information on the use of edoxaban in routine clinical practice, including the safety and efficacy profile in non-preselected patients with non-valvular atrial fibrillation (NVAF).2-7

AF is a condition where the heart beats irregularly and rapidly. When this happens, blood can pool and thicken in the chambers of the heart causing an increased risk of blood clots. These blood clots can break off and travel through the blood stream to the brain (or sometimes to another part of the body), where they have the potential to cause a stroke.8

AF is the most common type of heart rhythm disorder, and is associated with substantial morbidity and mortality.9 More than six million Europeans are diagnosed with AF, and this figure is expected to at least double over the next 50 years.10,11 Compared to those without AF, people with the arrhythmia have a 3-5 times higher risk of stroke.12 One in five of all strokes are a result of AF. 10

Edoxaban is an oral, once-daily, direct factor Xa (pronounced “Ten A”) inhibitor. Factor Xa is one of the key components responsible for blood clotting, so inhibiting this makes the blood thin and less prone to clotting. Edoxaban is currently marketed by Daiichi Sankyo and its partners in more than 30 countries and regions around the world.

About the Edoxaban Clinical Research Programme

Daiichi Sankyo is committed to expanding scientific knowledge about edoxaban, as demonstrated through research programmes evaluating its use in a broad range of cardiovascular conditions, patient types and clinical settings in atrial fibrillation (AF) and venous thromboembolism (VTE) designed to further build on the results of the pivotal ENGAGE-AF and Hokusai-VTE studies. More than 100,000 patients worldwide are expected to participate in the Edoxaban Clinical Research Programme, which is comprised of more than 10 RCTs (randomised, controlled trials), registries and non-randomised clinical studies, including completed, ongoing and future research. Our goal is to generate new edoxaban clinical and real-world-data regarding its use in AF and VTE populations, providing physicians and patients worldwide with greater treatment assurance.

– Hokusai-VTE Cancer (Edoxaban in Venous Thromboembolism Associated with Cancer), in patients with cancer and an acute VTE event

In addition, global and regional registry and non-randomised clinical studies provide important real-world and clinical data about the use of edoxaban and other oral anticoagulants in everyday practice; these include:

– ANAFIE (All Nippon AF In Elderly) Registry in Japan

Through the Edoxaban Clinical Research Programme, we are committed to adding to the scientific body of knowledge around edoxaban in a variety of AF and VTE patients, including those who are vulnerable.

Daiichi Sankyo Group is dedicated to the creation and supply of innovative pharmaceutical products to address diversified, unmet medical needs of patients in both mature and emerging markets. With over 100 years of scientific expertise and a presence in more than 20 countries, Daiichi Sankyo and its 15,000 employees around the world draw upon a rich legacy of innovation and a robust pipeline of promising new medicines to help people. In addition to a strong portfolio of medicines for hypertension and thrombotic disorders, under the Group’s 2025 Vision to become a “Global Pharma Innovator with Competitive Advantage in Oncology,” Daiichi Sankyo research and development is primarily focused on bringing forth novel therapies in oncology, including immuno-oncology, with additional focus on new horizon areas, such as pain management, neurodegenerative diseases, heart and kidney diseases, and other rare diseases. For more information, please visit: www.daiichisankyo.com. 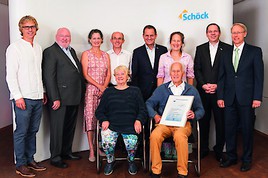