KfW IPEX-Bank, as part of a consortium of commercial banks and in cooperation with the European Investment Bank (EIB), is financing a project to widen Germany’s A6 motorway between the town of Wiesloch/Rauenberg and the Weinsberg junction. On 25 km of the section being expanded under the project – altogether 47.1 km – the number of lanes will be increased from four to six to eliminate a major bottleneck on one of the country’s most congested east-west axes. The project also encompasses the construction of the 1.3-km-long Neckartal Bridge.

The bidding consortium made up of the construction firms HOCHTIEF and JOHANN BUNTE Bauunternehmung together with the financial investor DIF Infrastructure IV was awarded the concession to carry out the Public-Private-Partnership (PPP) project. The Federal Government, represented by the regional administrative council (Regierungspräsidium) of Stuttgart, had initially put the roadworks to public tender. This PPP project is designed as a business model type ‘A’ – or availability model – according to which the Federal Government renders payment to the private contractor based on the passability of the lanes.

The project is qualified for the Juncker Plan under which the EIB and the European Commission provide funds for infrastructure projects in order to overcome the current investment shortfall in Europe. KfW IPEX-Bank is offering its tranche as a project bond, which involves the project company placing the bond on the capital market.

By providing this financing, KfW IPEX-Bank – which has also taken on the role of Facility Agent – underscores its commitment to structuring financing for private-sector infrastructure projects. “We are particularly pleased to be able to work together with our esteemed and experienced business partners HOCHTIEF, JOHANN BUNTE Bauunternehmung and DIF on another important German PPP,” said Christian K. Murach, member of the Management Board of KfW IPEX-Bank, when the deal was closed. “This instrument allows making optimal use of private investor liquidity while also involving the SME sector in order to upgrade and expand public infrastructure. In Germany, PPP has been used only sporadically up until now, whereas in a number of other countries it is already a frequent and successful financing option with a proven track record for large-scale public infrastructure projects.”

The overall project volume adds up to approx. EUR 1.3 billion, of which roughly EUR 600 million are purely construction costs. The works are scheduled to start at the beginning of 2017. Plans call for a construction period of 5 1/2 years, with the section near Heilbronn scheduled for completion earlier as the German national garden show will be held in the city in 2019. Apart from construction work, the project also involves operation and maintenance forthe entire 47.1-long-section. The concession period for this PPP is 30 years.

The European Investment Bank (EIB) is the long-term lending institution of the European Union, owned by its Member States. It makes long-term finance available for sound investment in order to contribute towards EU policy goals.

The Investment Plan for Europe

In December 2014, the EU Heads of State or Government decided to launch a EUR 315 billion investment offensive. With this initiative, the EU Member States are addressing the continued lack of investment and innovation within the Union. The EIB is playing a vital role in this investment drive. Through guarantees from the European Fund for Strategic Investments (EFSI), the EU bank is able to take on a higher share of project risk, encouraging private finance providers to participate in the projects. Up to now, nearly 400 operations have been mounted with EFSI support, which are expected to mobilise a total investment of more than EUR 150 billion EFSI is supported by a new advisory service, the European Investment Advisory Hub, which will enable public and private project operators to structure their investment projects more professionally. The investment offensive also aims to make the regulatory environment in the EU more conducive to investment, especially in the digital, energy and capital market sectors. 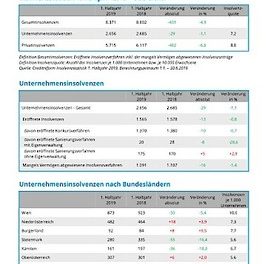