The information contained is not intended for distribution in the USA, Canada or the UK

Merck, a leading science and technology company, today announced that the US Food and Drug Administration (FDA) has granted orphan drug designation (ODD) to M7824, the first regulatory designation for the bifunctional immunotherapy, for the treatment of biliary tract cancer (BTC). The FDA orphan drug designation follows the recent presentation of the first clinical data for M7824 in BTC at the European Society of Medical Oncology (ESMO) congress in October. M7824 is an investigational bifunctional immunotherapy designed to combine co-localized blocking of the transforming growth factor-β and anti-PD-L1 immune escape mechanisms.

BTC is a collective term for a group of rare and aggressive gastrointestinal cancers, including intrahepatic cholangiocarcinoma (ICC), extrahepatic cholangiocarcinoma (ECC), and gallbladder carcinoma (GBC).[1] Approximately 16,000 cases of BTC are estimated to occur every year in the US and collectively these cancers present late in the majority of patients.[1],[2] Treatment options are limited and the median survival rate in the advanced setting is less than one year, objective tumor response with commonly used chemotherapy is typically less than 10% with short duration of response.[1],[3],[5]

“Biliary tract cancer is a rare, notoriously hard-to-treat tumor where existing treatment approaches, such as surgery or chemotherapy, are either not viable or simply don’t deliver acceptable patient outcomes,” said Luciano Rossetti, Head of Global Research & Development at the Biopharma business of Merck. “As the first regulatory designation for M7824, Merck is excited about the potential of this new class of immunotherapy in a number of challenging cancers and settings.”

The first clinical data for M7824 in BTC, presented at the ESMO congress in October, demonstrated clinical activity in Asian patients who had progressed after platinum-based first-line treatment. The ORR among the total of 30 patients was 20%, as assessed by IRC, and responses were observed across PD-L1 levels with a duration of response ranging from 8.3 months to 13.9+ months. Grade 3 or higher TRAEs were experienced by 10 patients (33.3%) and the most common Grade 3 TRAEs were rash (10%) and lipase increase (10%).

FDA Orphan Drug Designation (ODD) is granted to medicines intended to treat rare diseases or disorders that affect fewer than 200,000 people in the US, or those that affect more than 200,000 people but are unlikely to recover the costs of developing and marketing the drug. Medicines that meet the FDA’s ODD criteria qualify for a number of incentives to help support advancement.

M7824 is an investigational bifunctional immunotherapy that combines a TGF-β trap with the anti-PD-L1 mechanism in one fusion protein. Designed to combine co-localized blocking of the two immunosuppressive pathways, M7824 is thought to control tumor growth by potentially restoring and enhancing anti-tumor responses. M7824 is an important part of a novel combination approach that seeks to harness the power of the immune system and address the tremendously complex nature of difficult-to-treat tumors. To-date, more than 670 patients with various types of solid tumors have been treated across the program with M7824. In addition to BTC, M7824 is being studied in solid tumor indications, including non-small cell lung, HPV associated tumors and gastrointestinal cancers, such as gastric cancer, esophageal squamous cell carcinoma and esophageal adenocarcinoma.

M7824 is an investigational bifunctional immunotherapy that is designed to combine a TGF-β trap with the anti-PD-L1 mechanism in one fusion protein. M7824 is designed to combine co-localized blocking of the two immunosuppressive pathways – targeting both pathways aims to control tumor growth by potentially restoring and enhancing anti-tumor responses. M7824 is currently in Phase I studies for solid tumors, as well as a trial to investigate M7824 compared with pembrolizumab as a first-line treatment in patients with PD-L1 expressing advanced NSCLC. The multicenter, randomized, open-label, controlled study is evaluating the safety and efficacy of M7824 versus pembrolizumab as a monotherapy treatment.

About the FDA Orphan Designation

BTC is a collective term for a group of rare and aggressive gastrointestinal cancers, including intrahepatic cholangiocarcinoma (iCC), extrahepatic cholangiocarcinoma (eCC), and gallbladder carcinoma (GBC).[1] Surgery is the only curative treatment, but most patients present with advanced disease and therefore have a limited survival.[1] Approximately 140,000 cases of BTC are estimated to occur annually world-wide.[2] However, incidence of BTC varies in different parts of the world: the incidence of cholangiocarcinomas is rising in the Western world, with reports of up to 2 in 100,000[4]. By contrast, in Asian countries, the incidence is much higher.[4] GBC also has an incidence of 2 in 100,000, but is much more prevalent in parts of South America.[4]

Collectively these cancers present late in the majority of patients and long-term outcomes for resectable patients are poor with median survival in the advanced setting less than 1 year.[1],[3]

All Merck Press Releases are distributed by e-mail at the same time they become available on the Merck Website. Please go to http://www.merckgroup.com/subscribe to register online, change your selection or discontinue this service.

Merck, a vibrant science and technology company, operates across healthcare, life science and performance materials. Around 51,000 employees work to make a positive difference to millions of people’s lives every day by creating more joyful and sustainable ways to live. From advancing gene editing technologies and discovering unique ways to treat the most challenging diseases to enabling the intelligence of devices – Merck is everywhere. In 2017, Merck generated sales of EUR 15.3 billion in 66 countries.

Scientific exploration and responsible entrepreneurship have been key to Merck’s technological and scientific advances. This is how Merck has thrived since its founding in 1668. The founding family remains the majority owner of the publicly listed company. Merck holds the global rights to the Merck name and brand. The only exceptions are the United States and Canada, where the business sectors of Merck operate as EMD Serono in healthcare, MilliporeSigma in life science, and EMD Performance Materials. 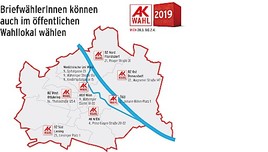